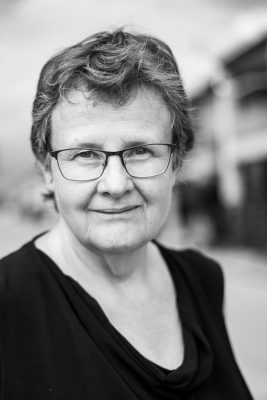 Margaret Simons is an award-winning freelance journalist and the author of  many books and numerous articles and essays. She is also a journalism academic and Honorary Principal Fellow at the Centre for Advancing Journalism, University of Melbourne.

She has won the Walkley Award for Social Equity Journalism, a Foreign Press Association Award and a number of Quill Awards, including for her reporting from the Philippines with photojournalist Dave Tacon.

Her most recent work is a Quarterly Essay “Cry Me A River – the Tragedy of the Murray Darling Basin” which was published in March 2020. 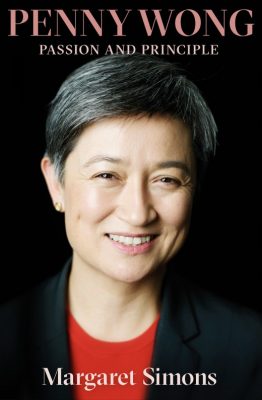 Simons co-wrote the biography of former Prime Minister of Australia, Malcolm Fraser.  Malcolm Fraser: The Political Memoirs won both the Book of the Year and the Douglas Stewart Prize for Non-Fiction at the NSW Premier’s Literary Awards in 2011.

She also wrote an unauthorised biography of mass media proprietor Kerry Stokes (chairman of the Seven Network). Kerry Stokes: Self-Made Man was published by Penguin in 2013 and was nominated for best non-fiction book at the 2014 Walkley Awards, and won the history prize in the WA Premier’s Literary Awards.

Simons is also a novelist and a gardening writer. Her book Six Square Metres was launched in October 2015, and a USA edition was published in early 2020.  Her book Resurrection in a Bucket – The Rich and Fertile Story of Compost was published by Allen & Unwin in May 2004. For many years Simons wrote the popular Earthmother gardening column for The Australian, and today she writes a quarterly gardening column for The Saturday Paper.

As well as writing books Simons is a freelance investigative journalist.

Her long-form journalism has been published in The Monthly, Inside Story, The Age and other publications.

Simons has written extensively about the media for numerous publications. Simons was the retained media commentator for Crikey from 2005 to 2014. She has also written a book on the Australian media called The Content Makers: Understanding the Future of the Australian Media, which was published by Penguin in September 2007. Simons wrote Journalism at the Crossroads, which was published in print by Scribe in 2012.

Simons’ other work includes her prize-winning 2003 book The Meeting of the Waters, which examined the Hindmarsh Island bridge affair. This book won the Non-Fiction Book Award at the Queensland Premier’s Literary awards in 2003, and was shortlisted for a number of other awards. Simons also wrote Latham’s World: The New Politics of the Outsiders, an investigation into the then Leader of the Opposition, Mark Latham, and was published as a Quarterly Essay in the lead up to the 2004 federal election.

Simons was a founding board member (2018-2021) of the Public Interest Journalism Initiative, which conducts research and advocacy on media issues, as well as its Chair of Research. She remains a member of the Expert Research Panel. She is also the Chair of Angeles Relief Inc a charity established to help the children she wrote about in her Philippines journalism.

Simons holds a Doctorate in Creative Arts from the University of Technology Sydney.

She lives in Melbourne.